Tag Archives for " get paid for surveys "

0 Get Paid For Surveys – Fact or Fiction?

If you’re wondering if you can get paid for surveys, then you’ll want to stop and read this so that you don’t waste your time… 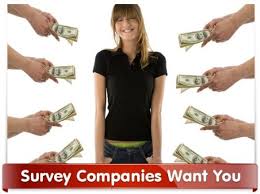 I was just reading a comment on one of those “make money” forums from a person who had a plan to make a whole lotta money (or so he thought) on one particular survey site. In fact, he (let’s call him Mr. X) thought his “meal” ticket was going to be referrals on a particular survey website.

He was in for a rude awakening.

He simply didn’t get it…

You see, when you want to get paid for surveys, I mean paid as in money, you must know that not all survey sites are created equal.

And if you think you’re going to bump up your income by getting the much sought after referrals, well, you want to think real hard about that because again, some sites ONLY pay you if your referrals take certain actions.

And those of us who know about survey sites, know that the vast majority of people don’t take any action after signing up. So, if your strategy is like Mr X’s and you pick the wrong kind of site to get referrals on, know that your hopeful referral income just took a swan dive off the Empire State building.

Now if you think your dreams of making money with surveys are going down the tubes as you read each word here, (I’m really trying not to be a Debbie Downer here), I will tell you that YES you can make money doing surveys but…

Get Paid For Surveys Only Works For Those Who Get It

Most people who embark on a journey of doing real paid online surveys in hopes of getting enough money to buy a new car will be let down.

Drinking champagne everyday as you sit back in your new Ferrari that’s parked in front of your three-story mansion is just not gonna be reality for you as an average Joe Blow survey taker.

And if you haven’t gotten the full-story on the stark nude reality of making money doing surveys, let me be the first to say that, yes, surveys will make you money – just not the kind of money you dreamt of making.

Let me tell you about “Bill Money”…

“Bill Money” is always needed because there will ALWAYS be bills that have got to be paid. I’m talking about gas bills, electric bills, water bills,  – you get my drift. In some cases, depending on how you work your surveys (if you choose to do them), you may even make enough to pay all your small bills every single month.

Can you imagine how much extra spending money you would have if you didn’t have to pay your bills out of your family’s budget?

Let’s talk about family for a minute – do you have one?

If you’re like the average person who’s striving to make ends meet and/or don’t have much in savings, then you can appreciate a little extra spending cash to afford a nice family night out on the town.

Once you consistently get paid for surveys, you’ll have to scratch off that family trip to Italy but you’ll be able to afford family day out to the movies, a ballgame, and if you save your survey income for awhile, even a trip to Disneyland 🙂

The reality of the situation is that those that are realistic as to the kind of income that can be created with surveys, understands the best way to do them, and the best places to find them reap the greatest financial rewards.

Do you see yourself making some cash with paid surveys? If so, read on…

Because they think you’re stupid!…

If you want to get paid for taking surveys, it’s your choice. There’s no “shame in your game.” I get sick and tired of reading “reviews” from people who want to shame you for even thinking about doing surveys.

They do you a disservice because more often than not, they have NEVER done a survey, don’t understand what it’s even about, and wouldn’t even know where to even find a survey if their life depended upon it.

Yet they write “reviews” based upon their uneducated guesses as to what they think surveys are supposed to be about.

They lie, deceive, and say they’ve “tried that” even though they haven’t. They purposely twist the truth (some people refer to this as lying) in hopes that you join their scam program. It’s no wonder the Internet is such a hot mess these days!

Here’s what it is – you’ll want to read this part very carefully. I’m serious.

If you’ve got bills that you want to pay and you want some extra spending cash, listen up…

The best survey sites are the ones that have the following:

Ease of Use and Profitability – These sites allow other survey companies to link from within their site. This gives you many, many opportunities to qualify for surveys without jumping around from one survey company website to another.

Multiple Income Streams – The best survey sites offer many ways to earn money besides filling out surveys. This increases your chances of making money more consistently. I call sites that have multiple ways to earn income, multiple income streams survey sites. Not very creative, but it works 🙂

You see, you want to give yourself as many opportunities as possible to make money. If you agree with that statement, then you’ll also agree that the BEST sites are the ones that give you many ways to make money.

The two best sites are:

Both have been around a combined total of over twenty years! (Fusion Cash started in 2005 and Cash Crate started in 2006.). These sites give you optimum chances of making money online by doing surveys, taking trial offers, agreeing to get phone calls from businesses, and much, much, more.

With so many companies being fly-by-night operations where they’re here today and gone tomorrow, it gives you peace of mind knowing that these two giant proven survey companies have withstood the test of time.

They’re still going strong by helping clients get valuable feedback from people like you and in return you get to make a little side “dough.” Enough said. 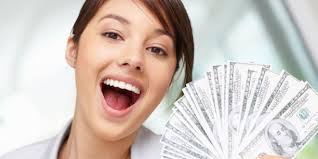 Shoot Up Your Income With Referrals

The Truth About Referrals

When it comes to referrals, the faster and easier cash comes when you’re paid for when people just sign up. Here’s the downside – most survey companies ONLY pay once your referrals complete surveys and/or when they cash out.

Like I stated earlier, the vast majority of the people you bring in will not cash out at all – they’ll just sign up and that’s it. Don’t you think it would be more profitable to get paid when your referrals just sign up? Well of course – right?! The only site that I know of that does this is Fusion Cash. If you could sign up for one site right now, I suggest that it be that one.

Now, Mr X’s biggest downfall is not fully understanding that the survey site he had planned to make a boatload of money off of by getting referrals, only pays referral fees after his referrals take certain actions like cashing out or downloading toolbars. Aw shucks!

So in order to make any decent money from referrals he would have to get hundreds if not thousands of them in order to make any life-changing money. Mr X didn’t fully comprehend this and I can almost bet that he figured this out the hard way and is no longer in the survey taking/referral business.

Now don’t get me wrong, referrals are the bees-knees when it comes to bumping up your survey income, but you have to make sure you understand how you’re gonna get paid for your referrals.

I’m sure you’re starting to see the BIG picture here. Let me wrap up by saying…

The Get Paid For Surveys Take-Away 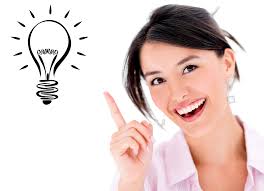 Understand that when you want to get paid for surveys, that you have to be consistent in your survey taking.

In addition, the first company you want to join are the multiple income stream survey sites like Fusion Cash and Cash Crate.

NOTE – Most people pick one or the other because they’re so similar and have similar and even identical ways to make money. There’s no use diluting your efforts by joining two of the same kind of survey sites.

Try to learn how to get referrals so that you’re able to bump up your income. Unless you plan on getting a town-full of referrals, go with a site that pays you for your referrals that just confirm their email. Fusion Cash does this.

You also want to pay attention to the types of activities/surveys that bring in the most amount of money with the least amount of time spent doing the activity.

Spending several hours clicking for cents in hopes of trying to make a couple of bucks is not the best way to spend your day unless you’re literally penniless (no pun intended). Use the tips you read here to help you earn enough money with referrals so that you click less and make more.

And most importantly, you’re aint gonna get rich doing surveys. The only people making the big bucks are the owners of these survey companies and the survey takers who get thousands and thousands of referrals.

For nearly most people, this is going to be out of reach. The best frame of mind to be in when you want to get paid for giving your opinions, is to be realistic as to what you can make.

For some people that few extra dollars a month can be a lifesaver – for others, a home based business may be a better fit.