Tag Archives for " get paid cash for online surveys "

0 Do You Really Get Paid For Online Surveys?

Yes, you do really get paid for online surveys. But here’s the kicker, most people go about online surveys all wrong. They end up wasting their time, being frustrated, and with little to no money to show for it.  Let me share with you some tips about how to go about it the better way so you end up with some change in your pocket… 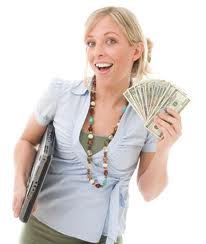 If you ever felt hopeless or lost in a sea of online survey scams, know that you’re not the only one who’s experienced that.

In other words, you just want to make a little cash. We’ve all been there. In fact, when I lost my job (without any notice mind you), many, many years ago, I had to rely on these types of income streams just to get by. I didn’t become a millionaire and I definitely didn’t make enough money to pay off my mortgage…although, it would’ve been nice if I could’ve 😉

I was realistic in my income expectations – and you should be too.

Anyone who’s telling you that you’ll be rich overnight doing these online surveys are blowing smoke up your ***! Excuse my French, but it does make me a little peeved when people mis-represent the truth so they can line their pockets with your hard-earned money.

If you’re still reading this and you want to get paid cash for online surveys, then you’ll want to keep reading…

Obviously, the question is ‘yes’ you do. Do all surveys pay you? The answer would be ‘no.’ Some surveys pay in cash, whereas some pay in points that you can redeem for prizes like gift cards and cash. There are some that just enter your name in a drawing to earn cash. Since your time is valuable, I suggest you stay away from the ones that only enter your name in drawings. There are much better survey companies that will pay you in cash or at the very least, points.

How to Go About Finding the Highest Paid Online Surveys

These companies sometimes conduct focus groups that you can be a part of. Focus groups can pay a few bucks to hundreds of dollars.

I don’t want to get too off topic here, but the point to remember about looking for the highest paid online surveys, is they pretty much all pay in the same range unless you’re dealing directly with a market research firm.

How to Get Paid For Online Surveys

One of the biggest reasons why you may be skeptical about online surveys, is that you’re  having trouble finding the legit ones that actually pay. So if you want to not waste your time or money, you definitely need to know how to get paid for online surveys and it starts with this…

Beware of the paid online surveys scams. These are the fly-by-night companies that you see popping up everywhere. Like I stated before, only go with the companies that have proven to work and pay out like they say.

I’m here to say that some are and some aren’t. As long as you follow the tips I’ve laid out here before you, there’s no reason why you couldn’t make a side income to pay off some bills.

So, do you really get paid for online surveys? Umm, yes, you absolutely do. Now that I’ve given you the inside scoop to how to go about it, there’s no reason why you can’t at least make some money starting today!

Your partner in success,