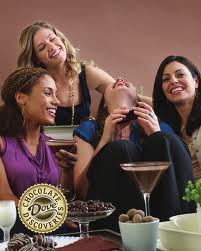 This is not going to be your run-of-the-mill Dove Chocolate Discoveries reviews where you get all excited about the company and then join only to discover (no pun intended) that you have NO clue on how to build this business.

In fact, you may be on your last nerve with your significant other who may be tired of you spending money joining company after company only to lose MORE money than you ever make.

By the time you finish reading this article I want you to have a clear concise plan at the very least how you plan on building your Dove Chocolate Discoveries business. 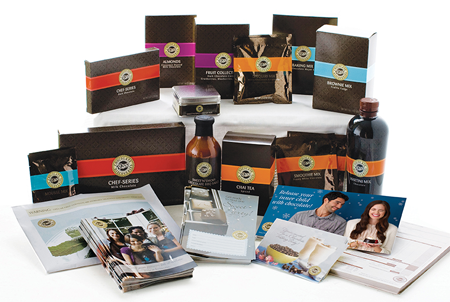 If joining new companies puts you on edge, then you’ll be happy to know that Dove Chocolate Discoveries was started in 2007 and is part of the Mars brand. This company is a member of the Direct Selling Association, which may or may not mean a whole lot to you.

Dove Chocolate Discoveries uses the direct selling platform; what this means is that its products are directly sold to the consumer.

How you go about this is completely up to you, but you must know that Dove does want you to go about selling its products their way. You’ll learn more as you read on…

Is Dove Chocolate Discoveries a Scam?

In a lot of Dove Chocolate Discoveries “reviews” you see online you may see this issue addressed time and time again. The reason it may come up so often is that because this is a network marketing / direct sales company.

First of all if you’re concerned about Dove Chocolate Discoveries being a scam, know that most scams don’t have products or services attached to them…it’s all a money game. Second, the scams that have a products/services attached are shoddy at best – they’re not viable and it’s clear that they’re not.

Just look at the picture below of Dove’s chocolate-covered cinnamon dusted almonds below… ummmmm! 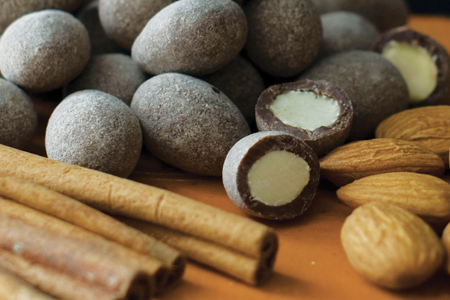 As your mouth waters you know in fact that Dove’s products are indeed REAL.

But if you’re serious about becoming a Dove Chocolate party consultant, how do you get paid?

Commissions – No matter what your rank, you can earn up to 40% on your personal sales volume (PSV) each month.

Earnings Assurance – If someone passes you in rank, you are still paid on their PSV if they are in levels 1, 2 or 3 of your downline.

Manager Bonus – Once promoted to Manager, you’ll be rewarded with a one time $500 promotion bonus plus an additional bonus is paid on your entire personal group volume as deep as your team goes

Generation Overrides – Generation overrides are paid 4 levels deep and paid out at a higher percentage than the 3% Manager Bonus.

Now, I’m going to “rock your world” and tell you that everything you’ve read here so far means absolutely nothing!

There’s an important part MISSING and unless you know what it is and how to do it you’re likely go broke trying to make money.

I don’t mean this to be a scare tactic so you don’t join Dove. This is meant for you to go one step beyond where most people leave off so that you CAN have success as a Dove Chocolate party consultant if that’s what you want to do.

If you’re like most people, then you’ve probably joined a few and quit a few. This is actually quite normal.

As you probably know, when you quit (or fail to make money), all that time you spent and all that money you invested go right down the toilet. It’s very disheartening and frustrating to say the least.

But what if I can tell you something that could make all the difference in the world in whether you succeeded or failed?

As a potential Dove Chocolate Party consultant, you must know that the way Dove wants you to build this business is via home parties. Are you ok with that?

There’s nothing wrong with home parties. But how are you going to get the word out that you’re in business as a Dove Chocolate Party consultant? Well, of course the Internet. If you’re NOT using the Internet in your business on some capacity you’re leaving money on the table!

Not only that, but how would people find you? If you go the party plan route you have to know a lot of people that would be open to hosting parties for you. Then at some point your circle of people to go to may get smaller and smaller.

Or maybe you want a Dove business but you’re not too keen on doing home parties…how are you going to build a business then?

If you choose to become a Dove Chocolate Party consultant, make sure you think it through on HOW you’re going to go about building the business. Most people don’t which is why so many people fail.

I want to see you succeed. I have tools and resources available to help you…click here to see one of our top producing lead services.

As always….your partner in success,

P.S. Out of all the Dove Chocolate Discoveries Reviews you’ve read, I hope you found this one the most helpful!